This is the perfect time of the year to stop & listen to the bird sounds around you. Here are 3 birds to keep an eye out for this March.

While the majority of bird species are socially monogamous (have one mate), the red-winged blackbird is highly polygamous (has many mates) and fiercely territorial. A male bird may have up to 15 nesting females within his territory, and he spends a large portion of his waking hours defending this territory against any intruders, including humans and horses! 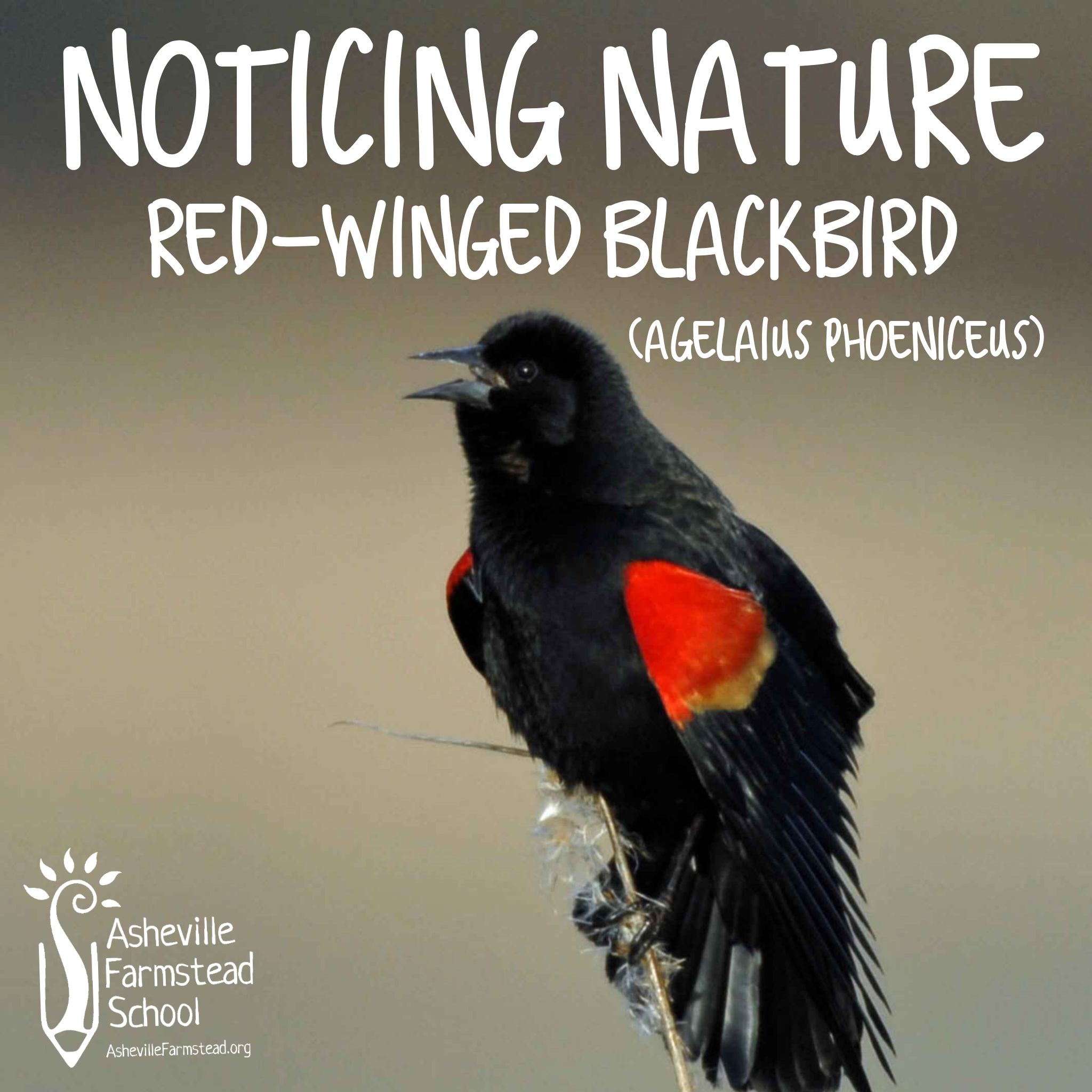 It is not uncommon to hear an eastern towhee before you see it! These birds spend most of their time on the ground, scratching around in leaf litter to look for food. They have a very characteristic 2-footed backward hop that they use to scrape away leaves and then pounce on whatever prey is uncovered. Check out this video to watch one in action! https://www.youtube.com/watch?v=Ac97I9tSL6I 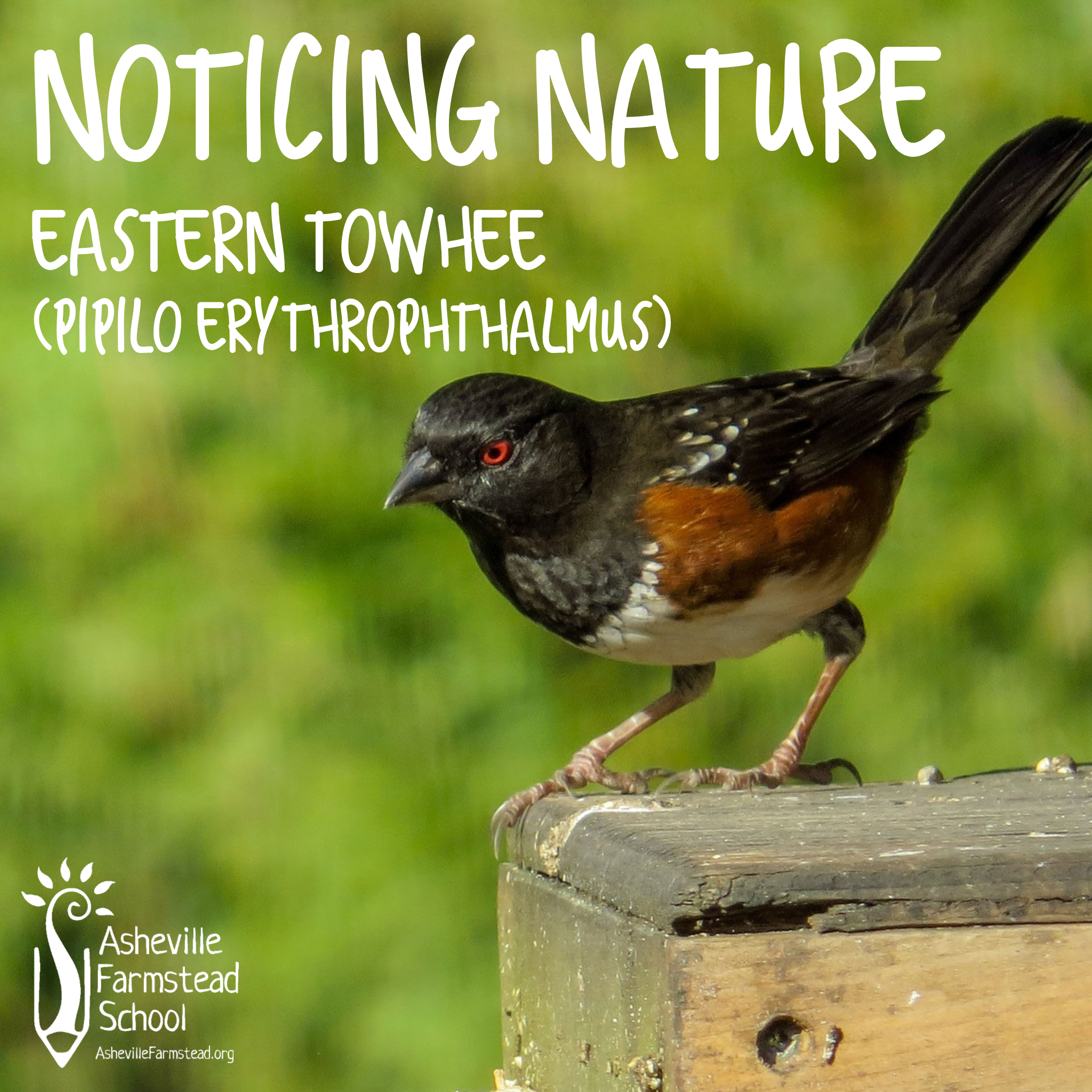 The pileated woodpecker is the largest and most unique woodpecker in our forest, making it easy to recognize as it flies through the trees. They are the carpenters of the forest: they excavate new large cavities in trees to use for their nests each year, leaving behind their old nesting holes to be used by other birds or small mammals who cannot build them for themselves. This is a great example of commensalism, a relationship between animals in which one animal benefit and the other is not affected. 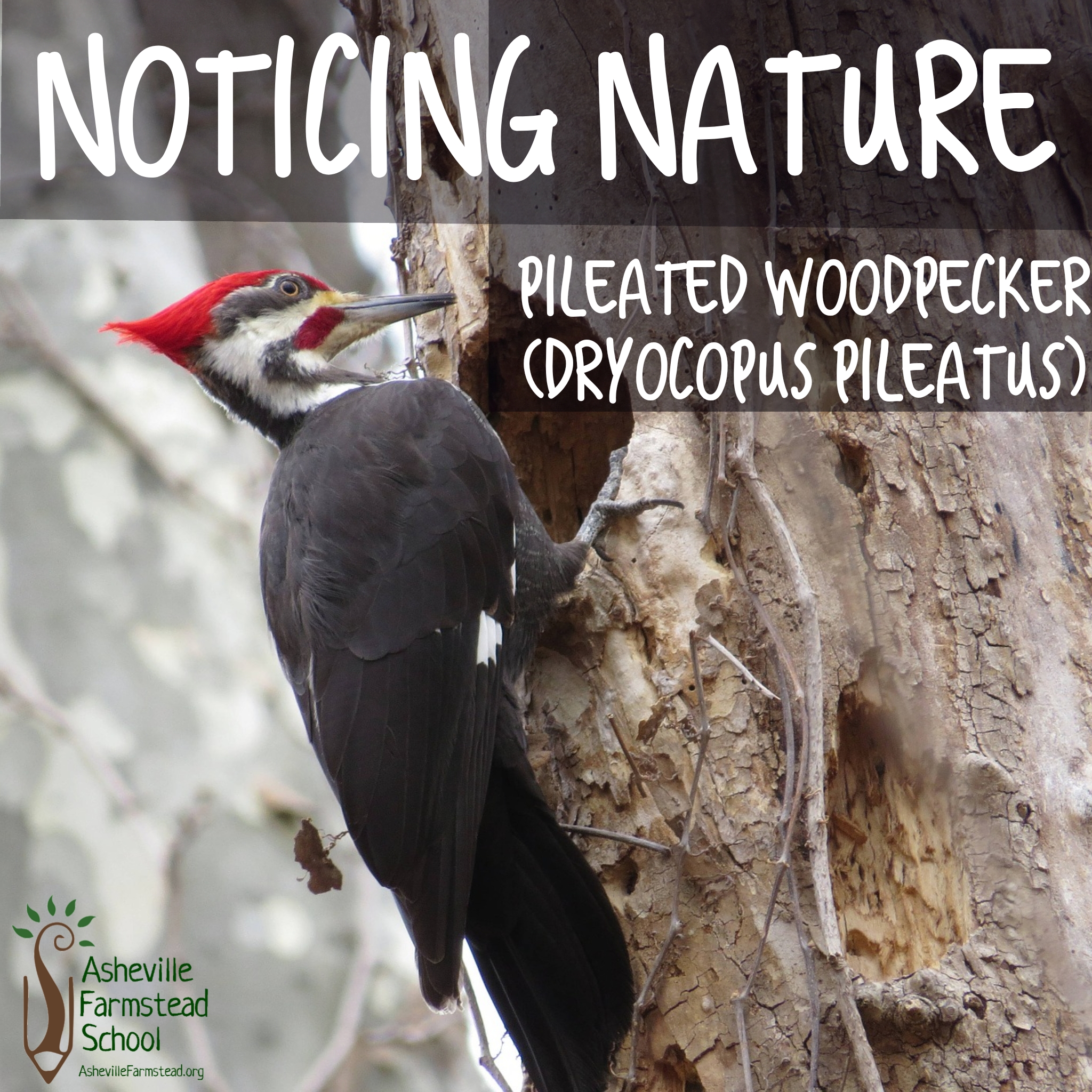